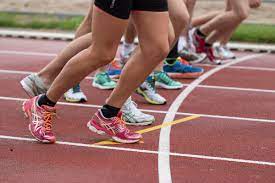 Recently published Fact.MR intelligence on the global athletic footwear market forecasts a steady growth outlook, expecting an increase of 4.5% in value CAGR terms. As per the report, the market will be valued at over US$ 124 Bn by the end of the 2021-2031 assessment period. As of 2021, the market is positioned to reach US$ 79.52 Bn.

Historical projections reflect an identical growth trail, with a recorded CAGR of around 4% from 2016-2020 and reaching US$ 76.19 Bn in value terms. Demand underwent a dual transformation amid the COVID-19 pandemic, initially contracting sharply amid restrictions on outdoor sporting events, eventually regaining momentum as fitness enthusiasts began investing their time in sports activities across residential settings.

Click Here To get a Sample Report (Including Full TOC, Table & Figures):-https://www.factmr.com/connectus/sample?flag=S&rep_id=225

10 Rising Medical Device Startups To Look Forward To In 2023 : A Glimpse