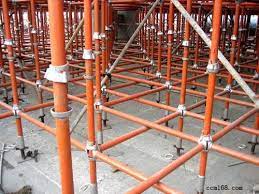 For More Insights Into The Market, Request a Sample of this Report – https://www.factmr.com/connectus/sample?flag=S&rep_id=547

The construction and infrastructure sector are likely to offer prolific market opportunities on the back of increasing demand for suspended scaffolding across developed as well as developing economies. Suspended scaffolding is slowly emerging as the turnkey solution to overcome unique and demanding access challenges for bridge maintenance, construction, blasting, painting and repair work. This in turn will augur well for the growth of suspended scaffolding market in the foreseeable future.

“Demand for suitable products with safety and compatibility features will be the core essence of the suspended scaffolding market. End users are willing to pay more for lightweight products that possess exceptional performance” according to Fact.MR

The global suspended scaffolding market is segmented on the basis of product, material, end-use and region.