Sustainability has become the core motto of a lot of consumer goods companies and packaging is the first step towards green initiatives. Substantial amount of all the plastic product globally is used in manufacturing packaging products. Packaging plays a crucial role in the economy as almost all the industry depends on it.

Major brands are putting emphasis to find alternatives to plastic to make their packaging sustainable. For instance, In November 2018, more than 250 companies such as the Coca-Cola, PepsiCo, Mars, L’Oreal, Danone had signed an agreement to remove plastic waste and pollution at the source. Surge in e-commerce sales has pushed an increase in package waste. Many global brands across the globe are incorporating sustainable packaging into their supply chains.

PepsiCo: PepsiCo had taken various initiatives in the past. For instance, In October 2018, as a part of its sustainable plastic vision, PepsiCo had announced its goal to use 25% recycled content in its plastic packaging by 2025. Moreover, the company has goals to achieve 33% recycled PET content by 2025. Moreover, the company has also planned to keep 100% of its packaging to be compostable, biodegradable and recyclable. To achieve its objective, PepsiCo has taken following initiatives:

Nestle – Nestle has created an institute of packaging sciences. The company has put emphasis on the discovery and development of eco-friendly packaging solutions including functional paper and biodegradable materials. Moreover, Nestle had also collaborated with companies such as Danimer scientific technologies to work on the design and manufacturing of bio-based resins for Nestle water business by using PHA polymer Nodax.

For instance, In 2018, Nestle gained access to the resins after the University of Georgia (U.S.A.) confirmed that PHA Polymer Nodax is an effective biodegradable material that can be a great alternative to plastic. Moreover, In 2018, Nestle announced that their partnership will accelerate the company’s packaging to 100% recyclable and reusable by 2025.

Mondi Group – Mondi Group is a leader in the paper and packaging segment. One of the product offerings of the company, Sustainex offers biodegradable, compostable, recyclable packaging materials. Few initiatives taken by the Mondi group:

Colgate Palmolive – The company also offers eco-friendly packaging trends and have offered 100%  sustainable packaging for three out of 4 products. The company has also introduced recyclable toothpaste tubes. Moreover, the company has been designing all of these packages to reduce th3e use of natural resources and ultimately, making the packaging recyclable. Colgate has also improved the recycled content of packaging and has reduced the use of PVC in packaging by using polyethylene terephthalate (PET), polypropylene (PP), and paper pulp (fibre).

Also, Johnson & Johnson made a -public commitment to improve the recyclability of packaging in 5 key markets in the consumer segment as part of their goals.

Coca-Cola- Coca had replaced fossil-fuel ingredients with plant-based between 2009 and 2015, which are biodegradable. Also, the company had manufactured more than 35 bottles which were distributed in 40 countries. The company also plants to get plant-based ingredients from food waste such as fruit peels, tee barks, corn cobs, and stalks.

Amcor – Amcor is one of the leading packaging companies that have pledged to develop all recyclable or reusable packaging by 2025. Some of the company’s developments:

Tetra Pak – The company’s long-term goal is to keep entire packaging material portfolio made from 100% renewable material, without compromising safety and quality. In 2016, the company’s climate impact reduction targets were approved by the Science-Based Targets (SBT) initiative. Besides this, in 2017, Tetra Pak achieved a 13% reduction in its overall climate impact, despite a 19% increase in packages sold.

Moreover, Tetra Pak has committed to reducing its operational emission to 42% and 58% by 2030 & 2040 respectively, from a 2015 baseline. Few of the key developments of the company:

Bemis – Bemis Company, Inc. has introduced many initiatives and one of the initiatives is a new bio-based polymer firm introduced for the Lawn & Garden market. Moreover, the new Lawn & Garden package contains up to 90% plant-sourced raw materials comprising 100% sugarcane-derived polyethylene.
Below are some of the major steps taken by the company in last few years: 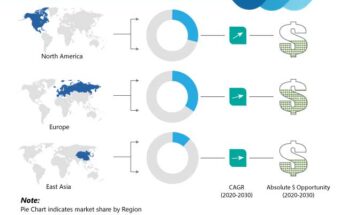 View all posts by S.N Jha →