Human prion diseases are basically a group of neurodegenerative disorders caused by the unwanted deposition of folded proteins in the brain. In recent years, the rate of such diseases has grown, resulting in higher demand for human prion disease diagnostic solutions. According to the Centers for Disease Control and Prevention (CDC), prion diseases or transmissible spongiform encephalopathies (TSEs) are a family of rare progressive neurodegenerative disorders that are distinguished by long incubation periods, characteristic spongiform changes associated with neuronal loss, and a failure to induce inflammatory response. This disease causes changes in memory, behaviour, and movement, and early diagnosis is of utmost importance for proper treatment.

According to a report titled “Epidemiological Characteristics of Human Prion Diseases”, published by the National Center for Biotechnology Information (NCBI) in 2016, human prion diseases affect approximately 1-2 persons per million, worldwide, annually, occurring in sporadic, inherited, and acquired forms. With overall investments increasing towards diagnostic solutions, the human prion disease diagnostics market is slated to witness steady growth over the next ten years (2021 to 2031).

“Advancements in the human diagnostics sector coupled with rise in investments in cutting-edge diagnostics solutions are propelling market growth,” says a Fact.MR analyst.

Increase in investments in human diagnostics is having a significant positive impact in boosting the growth of the human prion disease diagnostics market. As stated in a report by Research America, the United States spends less than 5 cents of every health dollar on R&D. As per its report, total U.S. medical & health R&D spending was US$ 171.8 billion in 2016, while federal agencies invested a total of US$ 37.6 billion, and the National Institutes of Health (NIH) accounted for nearly US$ 30.5 billion. According to the European Commission (EC), the InvestEU initiative enables Europe’s top experts to work on new cures and improved diagnostics techniques that improve people’s quality of life. The InvestEU focuses on advanced research, improving diagnosis, treatment, and prevention of diseases. Such initiatives are substantially fuelling the sales of human prion disease diagnostics equipment across regions. What Is The Demand Outlook for Pulmonary Arterial Hypertension Solutions Across The Globe | Fact.MR’s Research 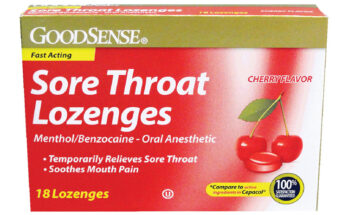