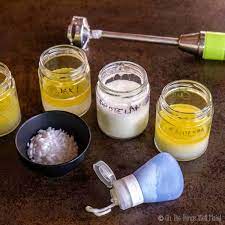 While the COVID-19 pandemic has been detrimental to multiple industries, there has been significant decline in demand for packaged food products due to lockdown in various countries in first two quarters. From third quarter onwards, emulsifiers and co-emulsifiers made from natural ingredients are gaining more traction among end users in bakery and confectionery applications. The emulsifier lecithin derived from natural sources like eggs has superlative benefits and is projected to gain a significant foothold between 2021 to 2025.

After 2025 the growth in demand for lecithin derived from natural sources will follow a steady growth trajectory. Stringent government regulations on safety of foods and preservatives is anticipated to further intensify growth of natural emulsifiers and co-emulsifiers. On this backdrop, Fact.MR in its newest report reveals that global emulsifiers and co-emulsifiers market is projected to grow at a CAGR of 6.7% between 2020 and 2030 to hit a market valuation of around 7.9 Bn by 2030.

For More Insights Into The Market, Request a Sample of this Report – https://www.factmr.com/connectus/sample?flag=S&rep_id=388

“While the emulsifiers and co-emulsifiers industry has been growing organically with small and mid-sized players focusing on increasing supply-chain efficiency, the market leaders such as Cargill and ADM are more inclined towards acquisitions across the value chain. This indicates a growing yet consolidating market which will further strengthen the footprint of large players. ” says the Fact.MR analyst

FactMR’s study has done the segmentation of emulsifiers & co-emulsifiers market on the basis of product type and end-use industry across the six key regions.