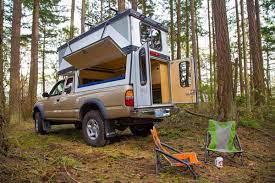 According to the latest study by Fact.MR, truck market is expected to witness decent growth over the forecast period (2022-2032).Constant demand from the recreational sector coupled with the change in preference of the millennial population will drive the sales in the long run. The business shall witness absolute $ opportunity of US$ 230Mn during the similar time frame.The rising popularity of truck campers among the millennial population coupled with high disposable income is bolstering the demand. For instance, according to 2017 North American Camping survey, millennial accounted for about 38% of the total campers. Rising popularity of camping and options such as truck camping would provide substantial boost to the market in forthcoming years.

Top 10 Prominent Autonomous Vehicle Companies To Watch For In 2023