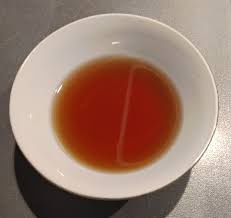 The global market for fish sauce is expected to reach US$ 29.41 Bn by the end of the 2021-2031 forecast period, registering a CAGR of 5.8%, according to recently published estimates by Fact.MR. Growth is flourishing due to a combination of preference for spicy and ethnic flavors, as well as preference for naturally fermented and nutrient rich fish sauces to enhance overall health.

From 2016 to 2020, sales of fish sauce expanded at a CAGR of 5%. During the COVID-19 pandemic, fish sauce demand received further impetus, with several research studies documenting possible effectiveness of seafood in strengthening immunity against the virus. It was revealed that consuming fish based products, including sauces, could lead to 59% lower chances of contracting severe infection.

To remain ‘ahead’ of your competitors, request for a sample –  https://www.factmr.com/connectus/sample?flag=S&rep_id=299

“Rising seafood consumption amid documented health benefits as well as an increased tilt towards inculcating exotic and ethnic food tastes are amongst the key drivers expected to broaden prospects for fish sauce demand across the forthcoming decade,” comments a Fact.MR analyst.

The market for fish sauce is largely dominated by numerous regional level manufacturers, mostly originating from countries across South East Asia. These players offer a broad range of fish sauce products. Some prominent offerings are as follows: