As per a latest study by Fact.MR – a market research and competitive intelligence provider, the global non-alcoholic wine market is projected to surge at a CAGR of 10.4% and top a valuation of US$ 4.5 Bn by 2031.

A study of 10,000 young people conducted at the University College London discovered that non-drinking is becoming more accepted, while binge drinking is becoming less mainstream. Researchers also discovered that 29% of 16-24-year-olds were non-drinkers in 2016, while binge drinking rates declined from 27% to 8% during the same period. However, the sober curious trend is not limited to a single generation. According to studies, older generations are also attempting to minimize their alcohol consumption. The trend is likely to gain traction as a result of growing health concerns, both, physical and mental, associated with alcohol intake.

With mindful drinking becoming popular, global beverage manufacturers are looking into alternatives, and several others have emerged to create alcohol-free beverages that would fit in with a trendy cocktail menu. For instance, it is expected that non-alcoholic wine manufacturers claiming to be environmentally friendly will proliferate over the coming years.

“Introduction of a broad range of novel non-alcoholic wine products and increasing emphasis on health benefits associated with mindful drinking are estimated to boost market growth over the decade” said a lead analyst at Fact.MR.

How is Premiumisation Driving Sales of Non-Alcoholic Wine?

In recent years, the food and beverage industry has witnessed a trend towards premium products. Premiumisation of dealcoholized wines is gaining traction owing to greater emphasis on flavor, high-quality ingredients, and more appealing packaging. Consumers perceive non-alcoholic wine as a product worth spending money on.

The premiumization trend is being driven primarily by millennial consumers. According to the report, 54% of 18-34-year-olds are more inclined to choose a premium beverage than only 35% of those over 55 years of age.

Most of the recent growth in premium beverage sales has been attributed to the widespread success of premium-quality wine, with customers frequently purchasing novel products. According to several studies, 40% of global consumers claim to have purchased premium non-alcoholic beverages occasionally, and this figure is expected to rise further, boosting demand for dealcoholized wine. 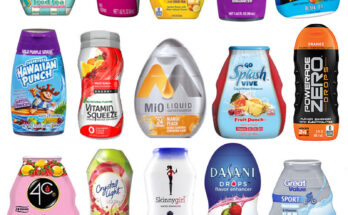