Demand for motorcycles has increased steadily over the past years due to their affordability factor, fuel efficiency, and wide variety on offer. While the outbreak of COVID-19 put a standstill to manufacturing motorcycles initially, recovery has taken place at quite a rapid pace. High demand for cruiser motorcycles is further fueling the sales for motorcycles manufacturers across geographies.

While growth of the automotive industry has become prominent over the last decade, manufacturers have come up with a flurry of inventions in order to increase their sales footprint. According to a report published by the Select USA, the United States has one of the largest automotive markets in the world. As per its report, since Honda opened its first U.S. plant in 1982, almost every major European, Japanese, and Korean automaker has produced vehicles and invested more than US$ 75 billion in the United States.

The latest report by Fact.MR projects a steady growth rate of 3.5% CAGR for the global motorcycle market through 2031.

“Demand for various types of motorcycles such as mopeds, sports, standard, and others, especially cruisers, is forecast to grow over the coming years,” says a Fact.MR analyst.

Being popular for their style, comfort, slower acceleration, maneuverability, and handling, cruiser motorcycles are highly demanded across the globe. As more people are inclined to purchase this type of motorcycle, manufacturers are experiencing increase in sales. According to the United States Motorcycle Industry Council, approximately 40% of bikes in the U.S. are cruiser motorcycles.

Owing to their recognizable upright riding position, usually big engine displacement with a lot of torque in low RPM, and unique look, cruise motorcycles are gaining rapid traction among the young generation. As stated by the Motorcycle Industry Council, 24% of college graduates own a motorcycle in the United States, which is higher than 20% in the year 2014.

Overall Golf Cart Market Is Expected To Reach US$ 5.4 Billion By 2031 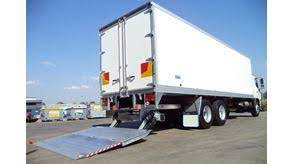 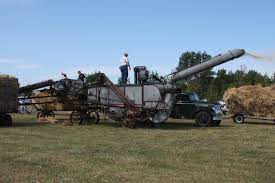 Global Market For Threshers Will Incur A Value Growth At 3.3% CAGR By 2026